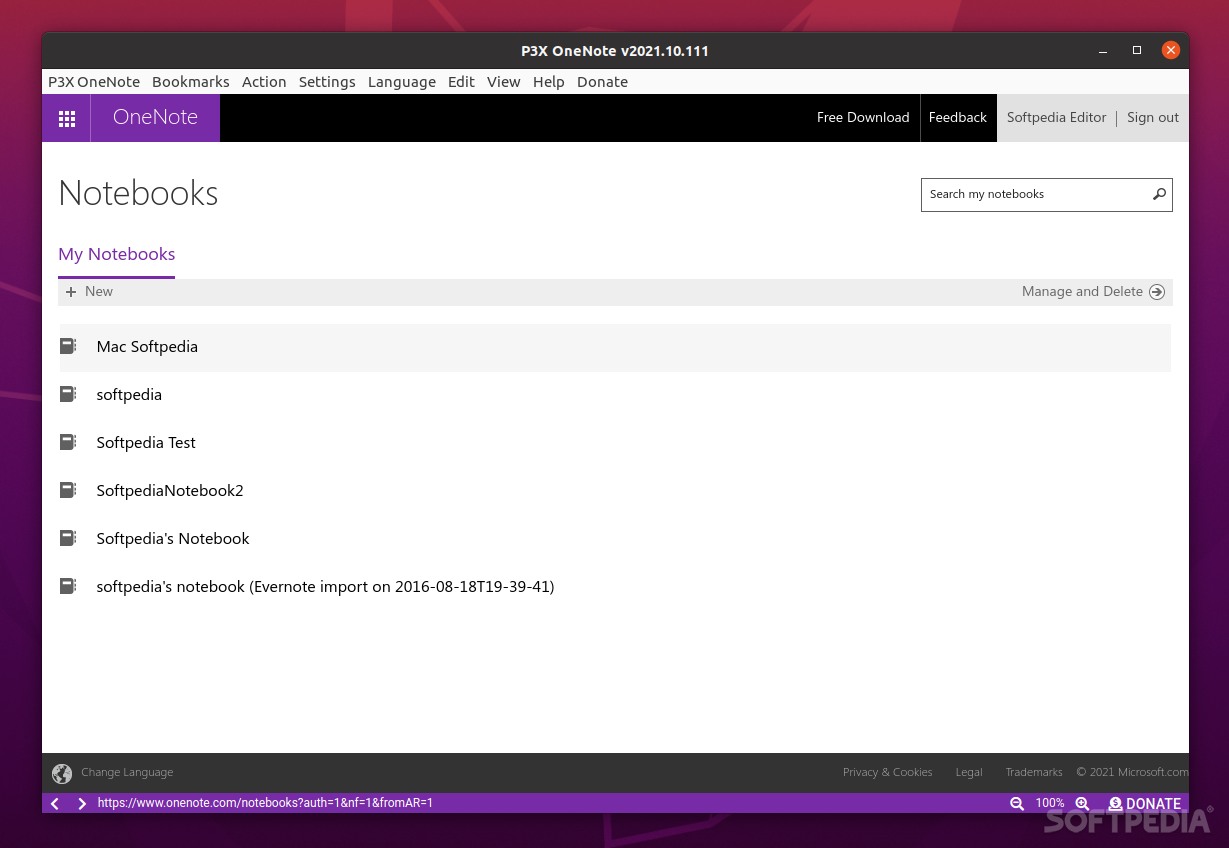 Get work done in OneNote without the help of your browser by relying on this open-source, Electron-based app

OneNote is dubbed by many the ultimate note-taking app out there, and for good reason. OneNote allows you to create simple or even remarkably complex notes from scratch, as well as organize, manage, and share them with ease.

OneNote can be used on pretty much any device via the browser, or via official client apps. Unfortunately, Linux being somewhat dwarfed in terms of market share, it’s no surprise that Microsoft doesn’t offer an official client for said platform.

How about an Electron wrapper?

That said, if you’re a Linux user and your workflow very much depends on having OneNote on your desktop and not stacked in a browser alongside other open tabs, you might want to give P3X OneNote a quick try.

Before anything else, it’s important to note that P3X OneNote is not an official OneNote client but rather acts as a browser instance. It’s an Electron-based wrapper that pretty much brings the web GUI of OneNote to the desktop.

The main benefit of P3X OneNote is the fact that it runs independently from any browser. It allows you to sign in with both personal and corporate/business accounts, it auto-updates itself automatically, and it can even be used to access other Microsoft online apps.

Other advantages include the presence of a Dark Mode, that’s not official supported by OneNote or Microsoft, but it gets the job done.

Even though the developer claims that the data is cached faster than when using a browser, let’s not forget that OneNote is not what one might call a snappy app in the first place. Add an Electron wrapper on top of it, and it’s safe to say that a bit of patience is required when performing quick jobs and transitions within the app.

P3X OneNote is a great initiative, and might even prove to be a lifesaver for users who rely on having OneNote detached from the browser on Linux.

Nevertheless, the app is still very much a work in progress. There are a couple of issues you should be aware of (all listed in the app’s official GitHub repository), and the fact that it uses Electron to make the magic happen means that there are certain limitations (the most obvious of which is that it’s not exactly snappy).