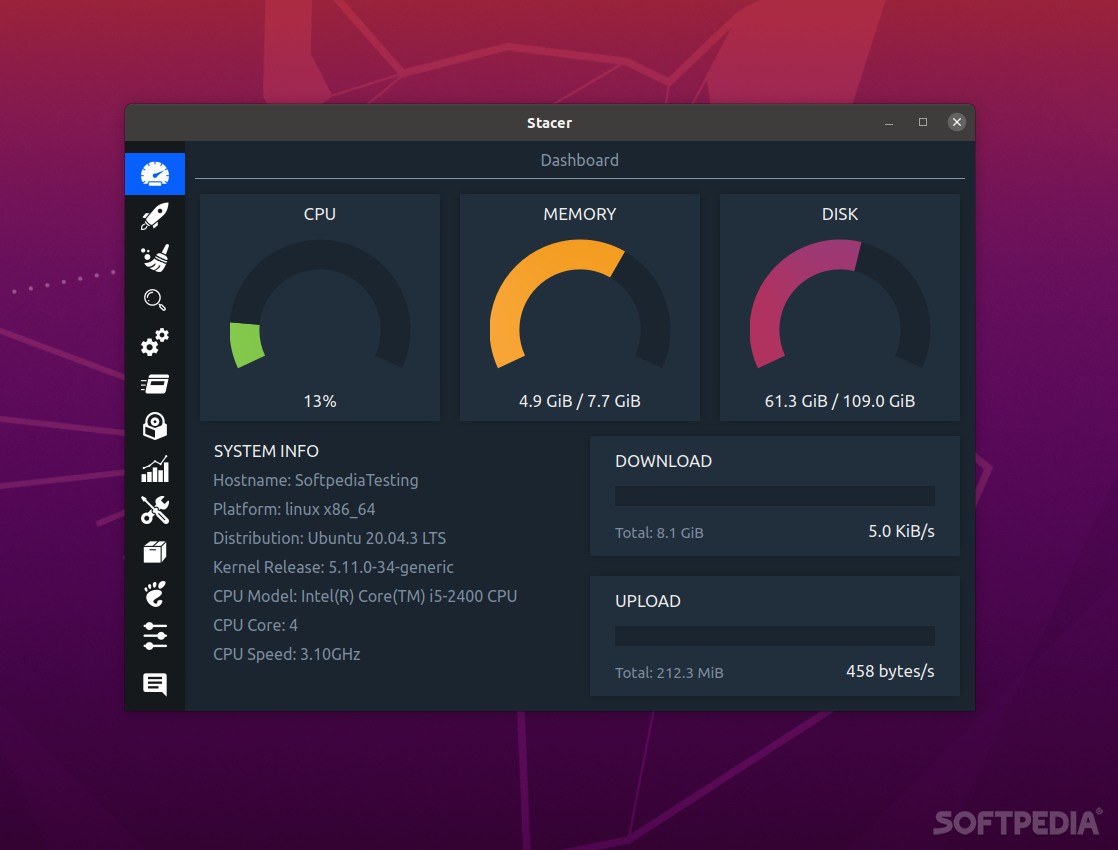 Manage your entire Linux system with the help of this very stylish and functional, open-source system optimizer and monitoring tool

There are a couple of very capable system monitoring and system optimization tools for Linux out there such as Htop, Glances, and BashTOP, as well as some other Terminal-based ones as well.

However, there’s one app that not only looks excellent, but also packs more powerful features than almost all other apps, and that app is Stacer.

What exactly is Stacer?

What we have here, then, is an all-in-one system utility that provides pretty much all the necessary tools an average user needs to keep his or her system in tip-top shape.

Stacer is one of those few apps that just looks and feels perfect from the first second you start it. It boasts a gorgeous, modern grey and black-themed GUI, all the information is provided in a very clear way, and all its menus are neatly organized and easily accessible in the sidebar.

The real beauty of Stacer is that it appeals to both more advanced users (i.e. users who want to fiddle with and tweak their Linux distros by removing and adding packages or diagnosing problems by deactivating system services) and beginner users who just want to get an idea about how their system is running.

Upon first starting the app, you are greeted by the Dashboard menu. This is the place where you can see how your computer is using resources such as CPU, RAM, HDD/SSD space, and it’s also the place you can view some basic network statistics + the current kernel version.

The Processes menu allows you to view all the running processes as well as the number of system resources used by each of them. There’s also a System Resources menu that provides a nice summary and historical usage statistics of CPU, memory, and network usage, a nice Uninstaller, and a System Services menu (which should be used with caution).

All of Stacer’s features are great and easy to use, but probably the best feature is the System Cleaner. With its help, you can get rid of package caches, clean crash reports, app logs, app caches, and also empty the Trash.

Stacer may not be the most advanced system monitoring/optimization tool out there. However, it strikes a perfect balance between powerful features and ease of use which should make it a favorite among many end-users.