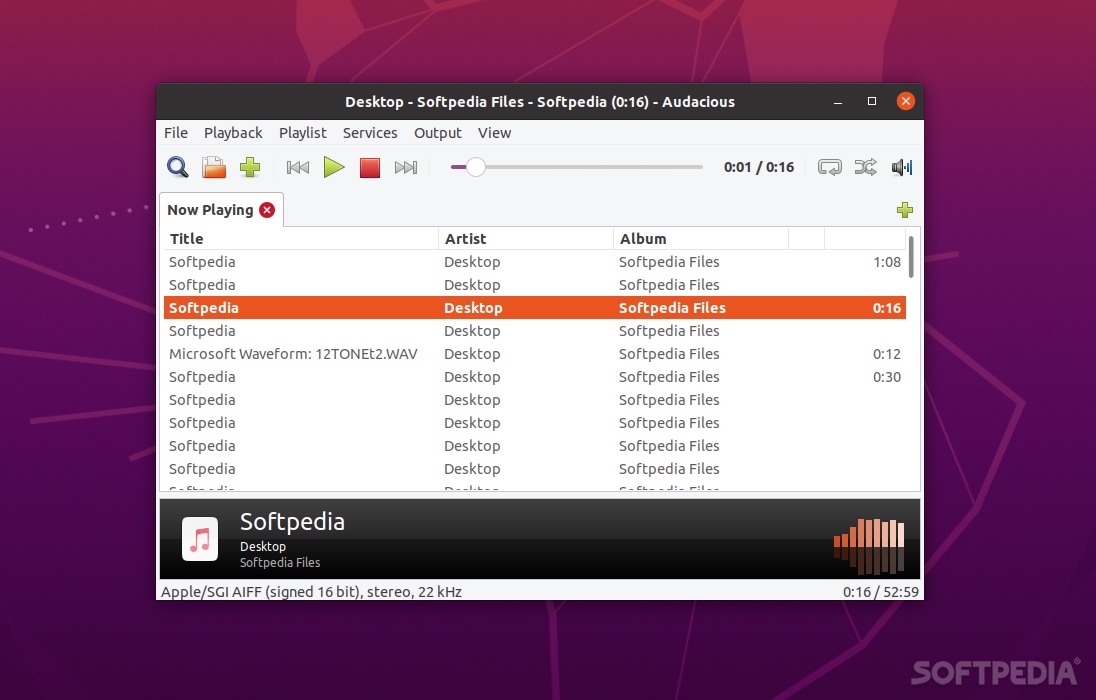 A lightweight, yet powerful music player for GNU/Linux operating systems in the style of XMMS and BMP

Audacious is an open source and cross-platform project that provides users with a unique audio player application derived from the well known XMMS and Beep Media Player software. It is compatible with the GNU/Linux, BSD, and Microsoft Windows operating systems.

Key features include support for a wide range of audio file formats, support for dragging and dropping of individual song files and entire music folders, ability to search for albums or artists in your entire music collection, edit or create playlists, as well as to listen to Audio-CDs or Internet streams.

In addition, it features a graphical equalizer that lets users to tweak the sound, supports LADSPA effects, a complex plugin architecture (a collection of plugins is available for download separately), and support for Winamp Classic skins.

The plugins that are distributed along with the Audacious audio player will extend its default functionality, allowing users to fetch lyrics for songs, set alarms, add support for even more audio file formats, add tray icon support, Last.fm scrobbler, and much more.

Among other useful features, we can mention a queue manager, shuffle mode, repeat mode, “stop after this song” and “no playlist advance” functionality, detailed song information, removal of duplicate files, and renaming of files.

Under the hood and supported platforms

It also supports Microsoft Windows (XP and later) operating systems, as well as BSD derivatives, such as FreeBSD. At the moment, it runs well on both 32-bit and 64-bit instruction set architectures.