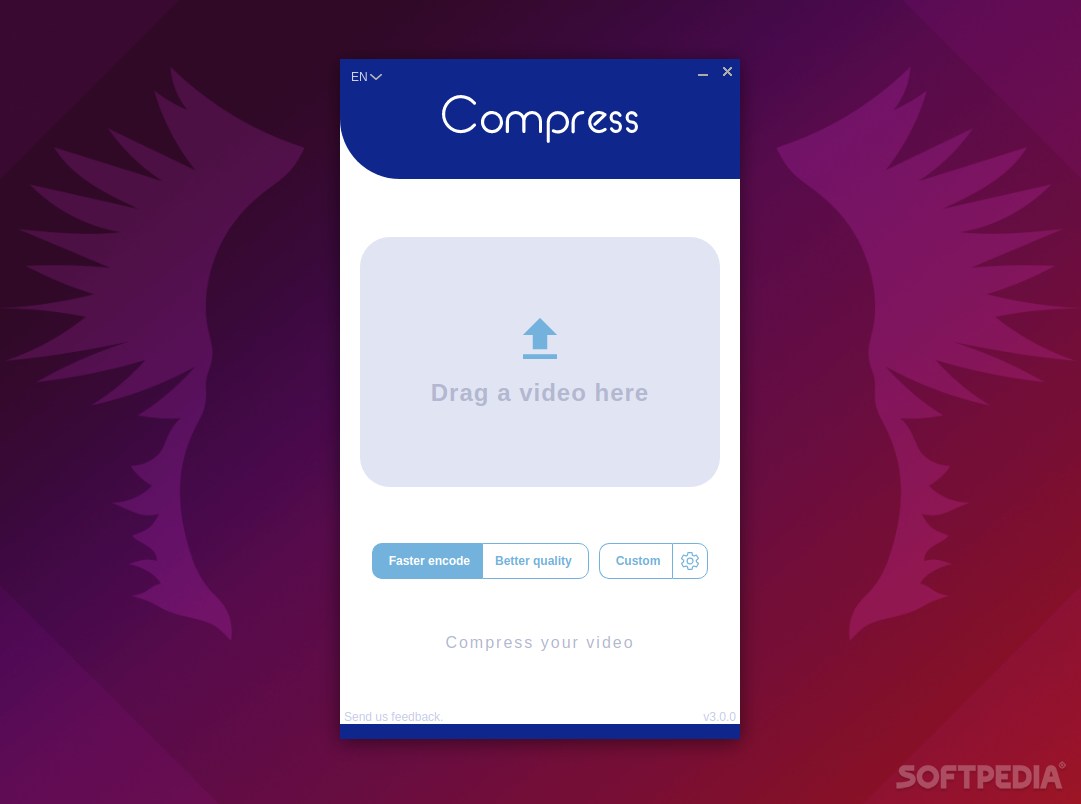 The first thing that makes Compress stand out is its overall simplicity. The app could not be more different from the millions of generic video converters out there (if you’re also a Windows user, you know what we’re saying).

There are no menus, no tons of options, no drop-down toolbars, or output field sections. The way you work with Compress is as follows: drag and drop files from their location onto the app’s GUI, and select one of the two options (Faster Encode and Better Quality) to compress them.

Of course, there’s a third option called “Custom” that allows you to set your own, bespoke configuration for the compression and conversion procedures.

Without a shadow of a doubt, Compress is a masterclass in GUI design. It’s so easy, and so user-friendly that it makes other basic video conversion/compression tools look deprecated. However, not all is perfectly peachy.

Does it have drawbacks?

Since Compress is, at heart, an Electron-based app, we’re not going to lie, it suffers a bit in terms of swiftness. The conversion/compression process is quite fast, which is the most important thing, but the GUI seems to be struggling to keep up with user inputs at times, especially when you want to load multiple bulky files at once.

Compress does an awesome job and should appeal to most day-to-day users who quickly want to convert a few videos as fast as possible. However, it might be a bit too simplistic for some users, and that’s quite understandable.

In the end, Compress is a very nice video compression/conversion despite its few potential drawbacks.