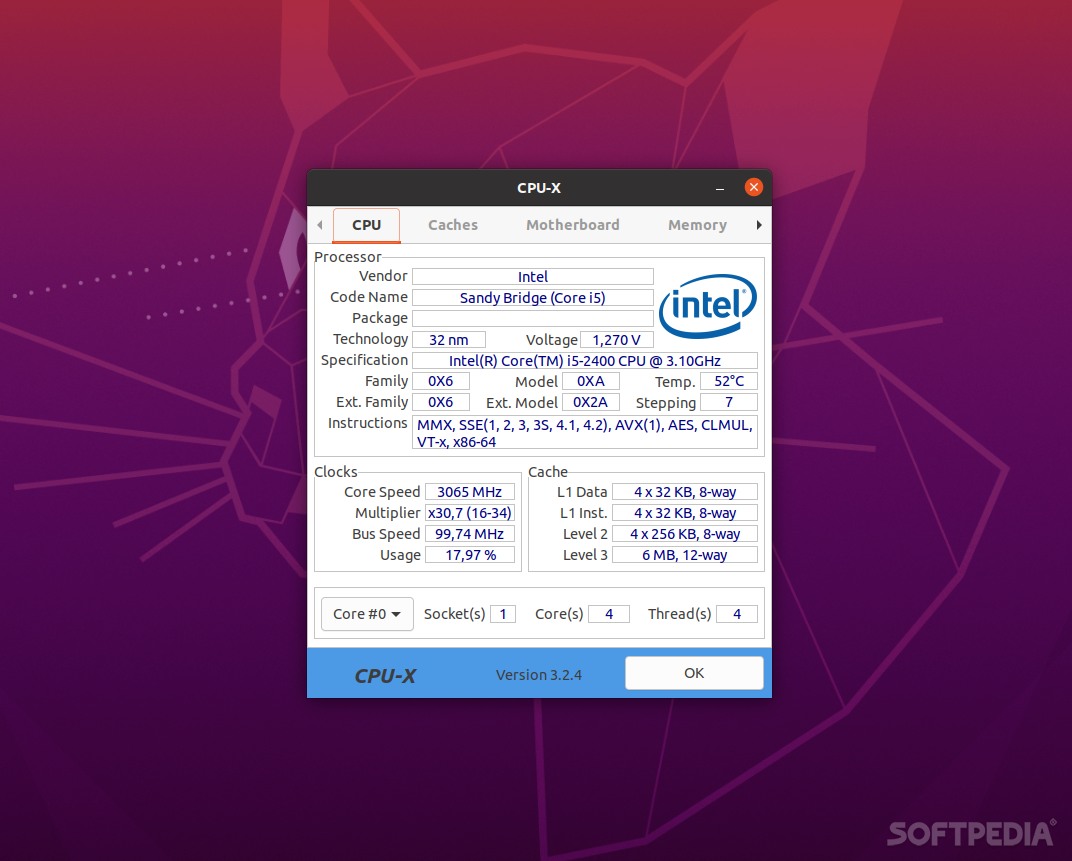 View information regarding your computer’s CPU, motherboard, RAM usage, and more with the help of this tiny tool

The GNOME System Monitor in Ubuntu and other Linux distributions/Ubuntu flavors offers a decent amount of useful information for what it is.

However, if you’re a power user or a system administrator, or you simply want more information about either your CPU, RAM usage, system, or GPU, then you’ll have to rely on a third-party tool.

CPU-X is one such tool, an open-source and free app designed to offer you a comprehensive set of information regarding your computer’s CPU, motherboard, and many more.

While the Motherboard, Memory, and Graphics sections are only good at displaying information in a static, albeit useful, manner, The Memory, System, and CPU menus are the ones that truly make the app worth having.

The app is capable of displaying anything from the code name, vendor, package, technology of your computer’s CPU, as well as the voltage and core speed and other clock speeds in real-time.

The Caches section displays the size and speed of the caches, and the System displays the kernel version of your Linux distribution, the hostname, uptime, compiler, as well as how the memory is used.

More than meets the eye at first

There’s also a system benchmark utility built-in. You can choose the duration, the number of threads, as well as either a slow or a fast benchmarking session.

Overall, CPU-X makes a great impression and manages to offer a surprisingly high amount of useful information, especially considering its compact GUI. While some other more advanced tools bombard you with tons of parameters and information all at once, CPU-X does it in an organized manner.

It’s not the flashiest, or the most powerful app of this sort for Linux, but it gets the job done without fuss.