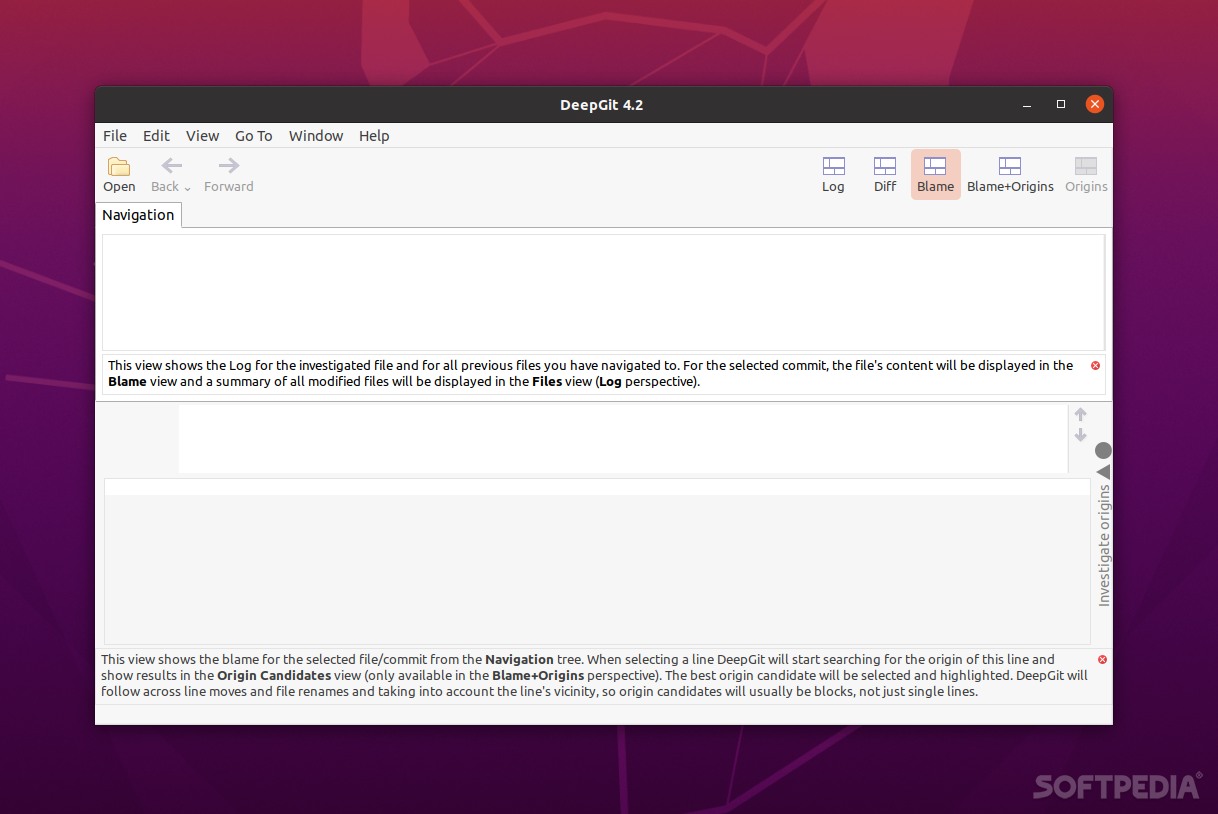 Note: DeepGit is free for everyone who registers until 2021-12-31. By registering you will receive a perpetual license for DeepGit by email.

As the name states, DeepGit is a Git tool but not in the classical sense as it doesn’t have many Git-related tools and features. In short, it’s no Git GUI tool.

In fact, DeepGit is a tool for investigating the history of a source code. This might sound a bit abstract, so let us use a classic cinema reference to describe it. It’s the Indiana Jones of Git tools, the archaeologist of the Git world (based on git blame).

For starters, it’s free. It’s also cross-platform meaning that it works on all major OSes such as Windows, macOS, and most Linux distributions.

Furthermore, it integrates with some of the most popular IDEs out there such as Eclipse, Visual Studio Code, IntelliJ IDEA, and even some text editors (Sublime being a prime example). Last but not least, it may be just a simple git blame tool, but it gets the job done valiantly.

What’s the difference between “git blame” and DeepGit?

We already mentioned that DeepGit uses git blame to do its job. Git blame, for those who are unaware, git-blame is a GitHub feature that shows what revision and author last modified each line of a file. Despite its awkward-sounding name, it’s a feature used to identify changes in the code.

At this point, you may ask yourself, why bother when I can just use the “git blame” feature/command on GitHub? Well, “git blame” only detects moved lines that HAVEN’T changed. The main advantage that DeepGit brings, besides a fully functioning GUI, is that it detects code “movements,” even if the lines are not identical. DeepGit also detects similar lines/blocks of code.

For a more in-depth feature rundown, you can check out the app’s official tour page.

A tool the size of DeepGit is easily overshadowed by more impressive, all-encompassing Git tools. However, when it comes to hunting down code changes (and even commits that are irrelevant to the changed lines), few solutions may prove better than DeepGit.