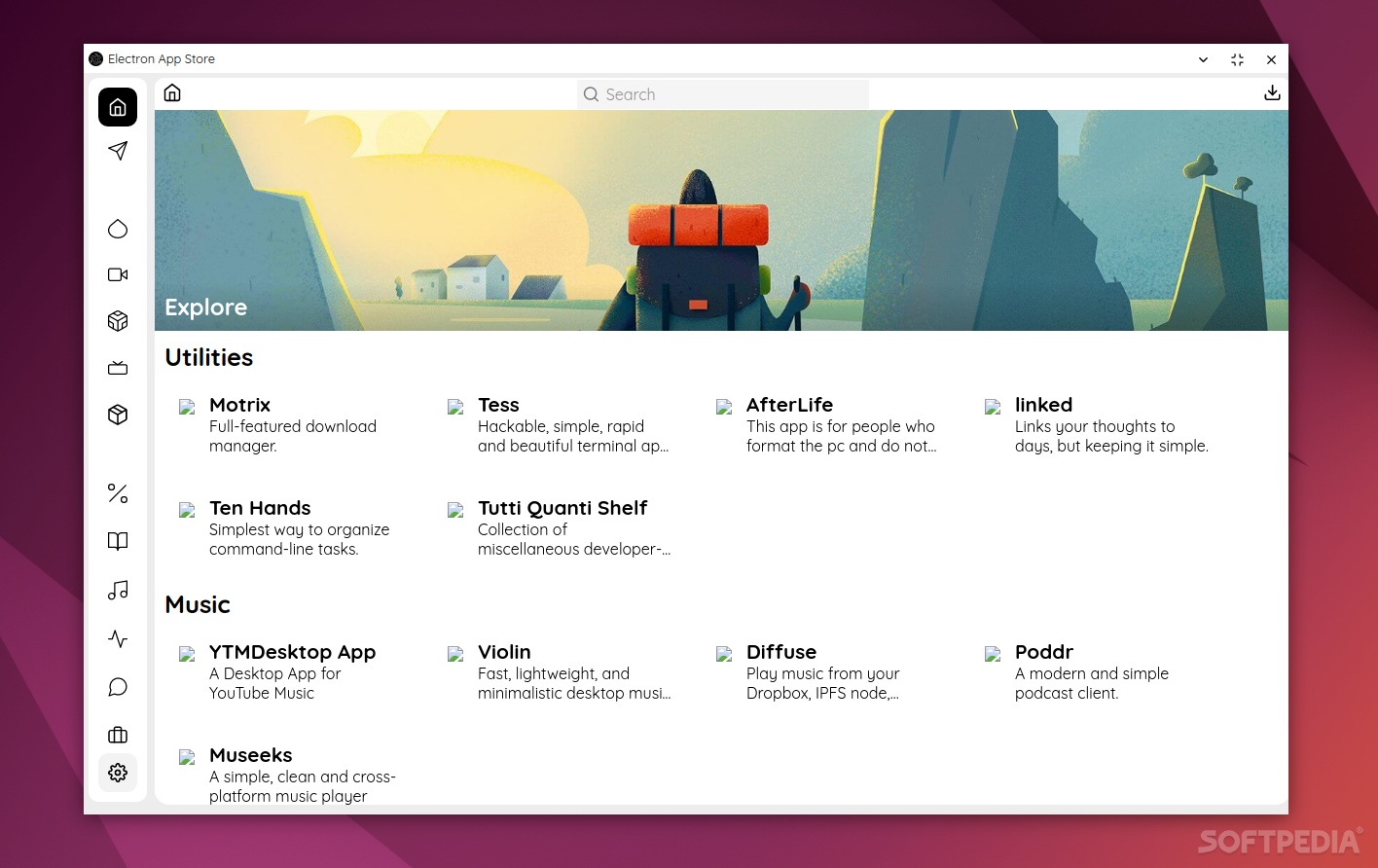 We know, we know, not everyone is a fan of Electron apps. Considering that some apps can be of poor quality, with large files (encompassing the entire runtime), and can have insanely high memory usage, it’s only natural that some users don’t even want to consider them.

Of course, Electron apps do have some neat advantages as well. They usually work on all platforms (including Linux), they have a uniquely low barrier to entry (making them particularly accessible for developers with web skills), and the community of developers and users around them is growing with each passing year.

Of course, the app itself is Electron-based, and of course, it works on all major OSes. You can track the progress of your downloads as well as pause, cancel, and delete downloads. Apps can be searched for either via keywords or by name.

Electron App Store has all its apps organized in over ten categories, easily accessible from the app’s sidebar. One, particularly great, feature is the Automatic Run for .AppImage files (on Linux only). If no binary is present, you are automatically redirected to the respective app’s official website.

As expected from an Electron-based app, Electron App Store is also not exactly lightweight. However, if your desktop or laptop is not 20 years old, it should have no problem running the app.

It’s important to note that Electron App Store is a relatively new project. Hence, some bugs are to be expected. For example, one bug we’ve encountered on Ubuntu is that the app didin’t load the icons of the apps.

All in all, Electron App Store is a nice-to-have app, especially if you like Electron apps.