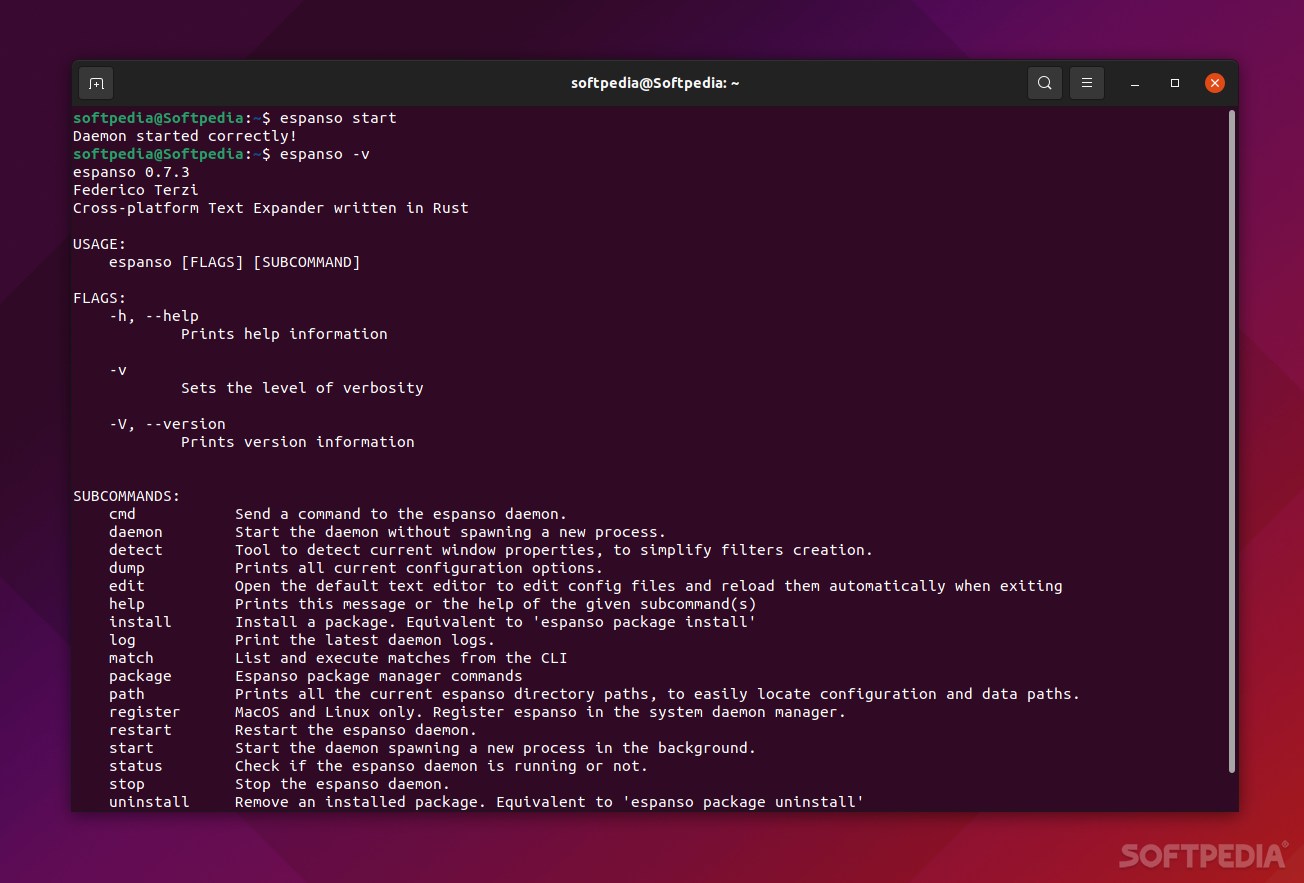 Does your day-to-day tasks or job require you to do a lot of copying and pasting, or even worse, typing the same sentences over and over?

If the answer is yes, then read on, as you may have just found a solution to all your problems, and it comes in the form of Espanso.

Espanso is a cross-platform, open-source, full-blown text expander. In short, it’s an app that detects when you write a specific keyword and replaces it with something else.

Espanso boasts system-wide integrations (regardless of what OSes you’re running it on) and follows a Unix-like configuration philosophy, meaning that it uses simple files and it doesn’t currently have a proper GUI (currently it’s a CLI app).

Just imagine being able to write one word or one keyword, and have it replaced with a 300-word expression or code snippet, or a custom email template, basically, everything you ever need.

At heart, Espanso is a productivity tool. This means that one of the main benefits of using this app is that it allows you to save a ton of time.

Even though it’s capable of expanding common sentences with ease, don’t think of Espanso as a glorified auto-correct/predictive text utility found on all modern phones, because it’s vastly different.

This makes the app valuable for literally everybody. If you’re a programmer it’s useful since you can use Espanso for code snippets. The app can also prove itself extremely valuable for customer support representatives.

Probably the best aspect of Espanso is just how flexible and extensible it is. It can be used for pretty much everything, from bringing emojis to your favorite apps, to inserting mathematical notations, as well as for running scripts and commands in the terminal with more leisure.

By default, Espanso has very few built-in matches. For the perspective of beginner users, this might seem a bit counterproductive, but in actual fact, it’s designed this way to provide maximum flexibility. You can expand the app’s capabilities by either creating your own custom matches or by installing packages.

Last but not least, Espanso even supports app-specific configurations and forms. Forms are especially useful when it comes to handling complex workflows, and you can even forward form values into scripts, potentially boosting your productivity even more.

Before we dive deep into how to make Espanso part of your life, here’s what you need to know.

Espanso is still in an early development stage, meaning that there’s still a lot of work to be done, especially concerning Linux.

Since we’re on the subject of Linux, please note that Espanso currently only supports X-11 systems (with support for Wayland currently in the works).

We’re not gonna lie, Espanso might seem a bit intimidating at first. However, once you get past the first installation and configuration procedures, it’s a joy to work with.

Thankfully, Espanso has a wonderful documentation section, that does an awesome job of explaining how to install and configure the app.

The only real downside of the app (which can also be an advantage) is the fact that it doesn’t have a GUI. According to the app’s website, “a GUI is planned in the future,” which should make Espanso a lot more user-friendly. The silver lining of using simple config files to work is that they can be instantly synchronized on all your machines using cloud services.

So, is Espanso worth a try? Definitely. Even though the project has yet to reach its full potential, and numerous features are still being worked upon (Wayland support, a proper GUI, and some other little things), it’s still very much usable.

Espanso is one of those apps that might not make you want to invest time in, but if and once you do, you’ll be happy you did, as it can save you a lot of time.