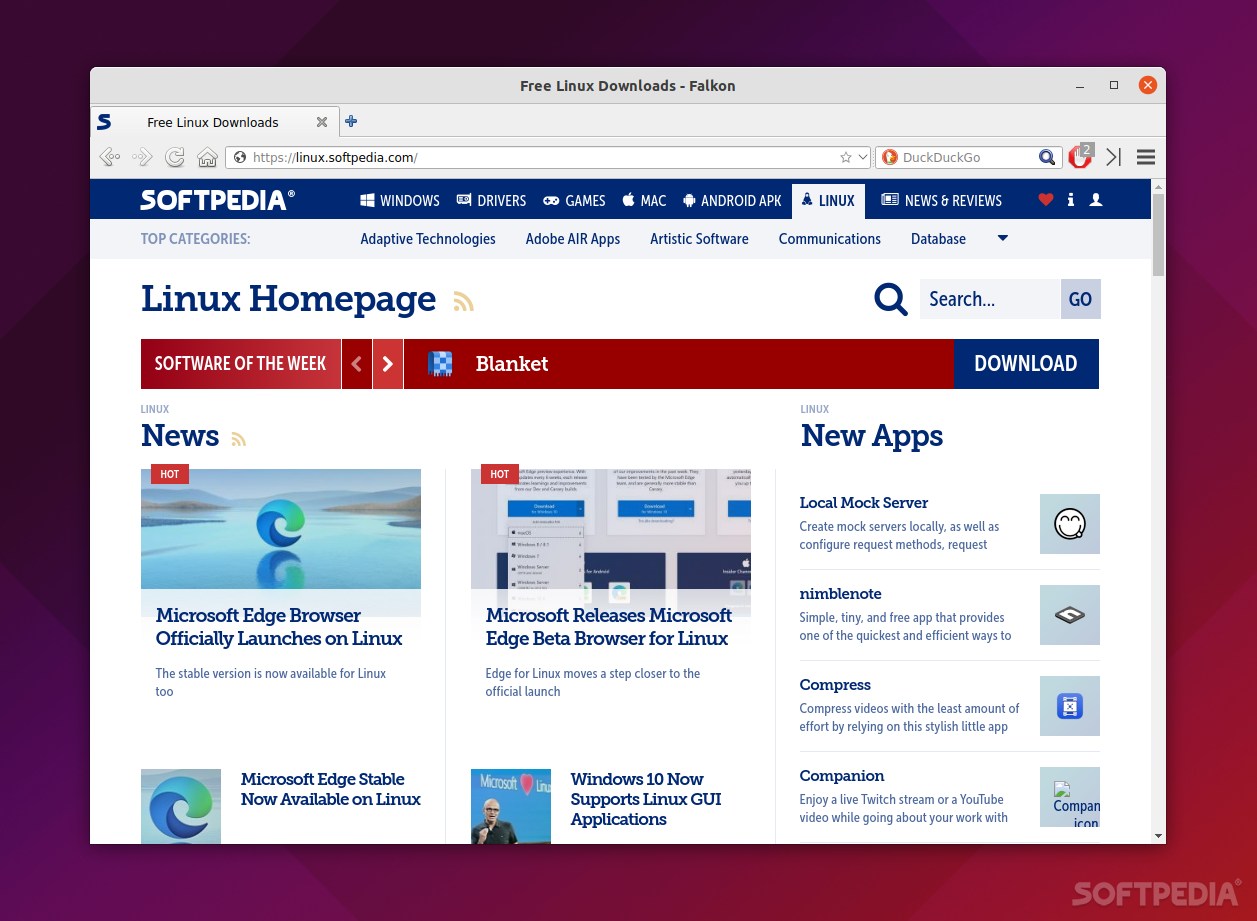 Choosing a browser is a very personal choice. Some users value privacy above all else, some want the most amount of customizability, while others simply don’t care about all of that and want a browser that “just works.”

The browser market has been and still is dominated by a few big names (we all know them, so there’s no need to point them out). Be that as it may, that doesn’t mean that other, less popular browsers are not good.

Meet Falkon, a simple, open-source, and lightweight browser for Linux and Windows.

A bit of history on Falkon

Even though it doesn’t boast outstandingly modern looks, Falkon is not a new product. In fact, it’s been in development since early 2010, however, back then it was known as QupZilla.

In 2017, QupZilla moved under the KDE umbrella. This meant two things: a name change and new KDE development standards.

Not the best browser out there, but definitely not the worst either

We’re not going to lie, Falkon is a bit underwhelming, especially when compared to the modern powerhouses that rule the web browser marketshare.

It uses the QtWebEngine, basically a striped down version of the Chromium core (with no tracking components), and that makes it pretty fast when it comes to opening webpages.

The other noteworthy aspect of Falkon is the fact that it comes prebundled with the AdBlock extension. This helps with the aforementioned above average loading times, and it’s also meant to make your whole experience with the web a lot nicer.

Falkon also includes a session manager, it uses the DuckDuckGo as its default search engine, and packs a few themes (Chrome, Linux, Mac, and Windows) and even provides you with various customization options.

Who is Falkon for?

Before anything else, it’s important to note that the browser is a KDE product, meaning its tailored for the KDE desktop environment, even though, it seems to work fine with little to no hickups on other desktop environments as well.

That said, and despite the fact that Falkon is pretty much able to handle all the essential actions of a modern browser (has all standard functions including bookmarks, a history section, tabs, an ad-blocker, etc.) it does have some noteworthy drawbacks.

Falkon feature support for extensions, but they’re in a very (and we mean very) limited number, as it doesn’t work with Chrome or Firefox extensions. We mentioned before that it can’t quite compete with the top-notch browsers, as it doesn’t have the advanced security features, and it can’t provide cross-platform synchronization, being just two examples.

To conclude, Falkon is for everyone; everyone who is looking for a lightweight and decently equipped browser for day-to-day activities and who doesn’t require the specific functionality brought by staple extensions from either the Mozilla Add-ons Store or the Chrome Web Store.