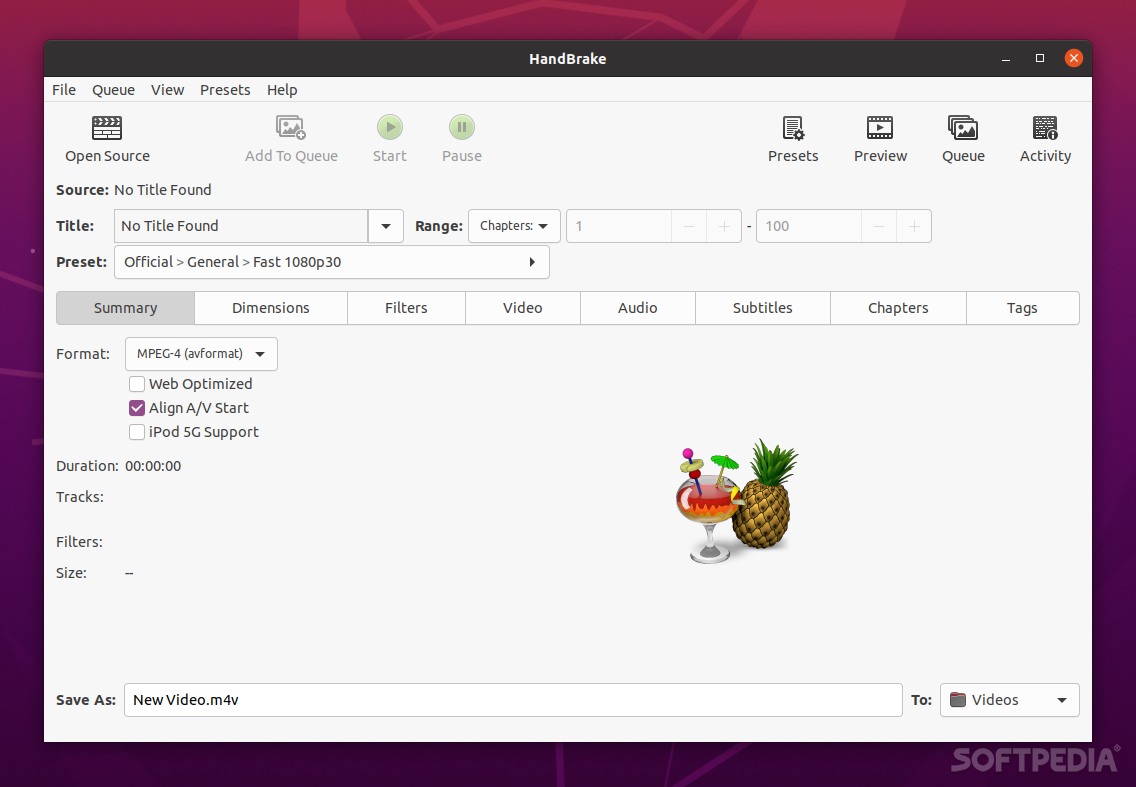 A GPL’d multi-platform, multi-threaded DVD-Video to MPEG-4 ripper and converter.

HandBrake is an open source, free, portable and reliable software project that allows you to convert DVD-Video discs or any other video file from one format to another in an easy and straighforward way. It was originally built for the BeOS operating system, but now runs on GNU/Linux, Microsoft Windows and Mac OS X.

Key features include the ability to queue up multiple encoding jobs, support for VFR and CFR, support for chapter and title selection, live video preview, chapter markers, as well as support for average bitrate or constant quality video encoding.

In addition, HandBrake comes with support for various subtitle streams, including SSA, SRT, VobSub and Closed Captions CEA-608, as well as support for video filters, such as deinterlacing, cropping, decomb, scaling, detelecine, grayscale and deblock.

The application has been designed with usability in mind, which means that it comes with support for a wide range of video file formats, including any DVD-like source (VIDEO_TS folder, DVD image or VOB file), encrypted DVDs, MKV, MPG, MP4, MOV, AVI, OGG, FLV and WMV.

Outputs to MP4 and MKV

Another interesting feature is the multitude of presets, which means that you can easily encode a certain video file for a specific device, such as iPod, iPhone, iPad, Apple TV, Android phone or tablet.

The software has been designed from the ground up to be cross-platform, supporting the GNU/Linux, Microsoft Windows and Mac OS X operating systems. It runs well on both 32-bit and 64-bit computers.