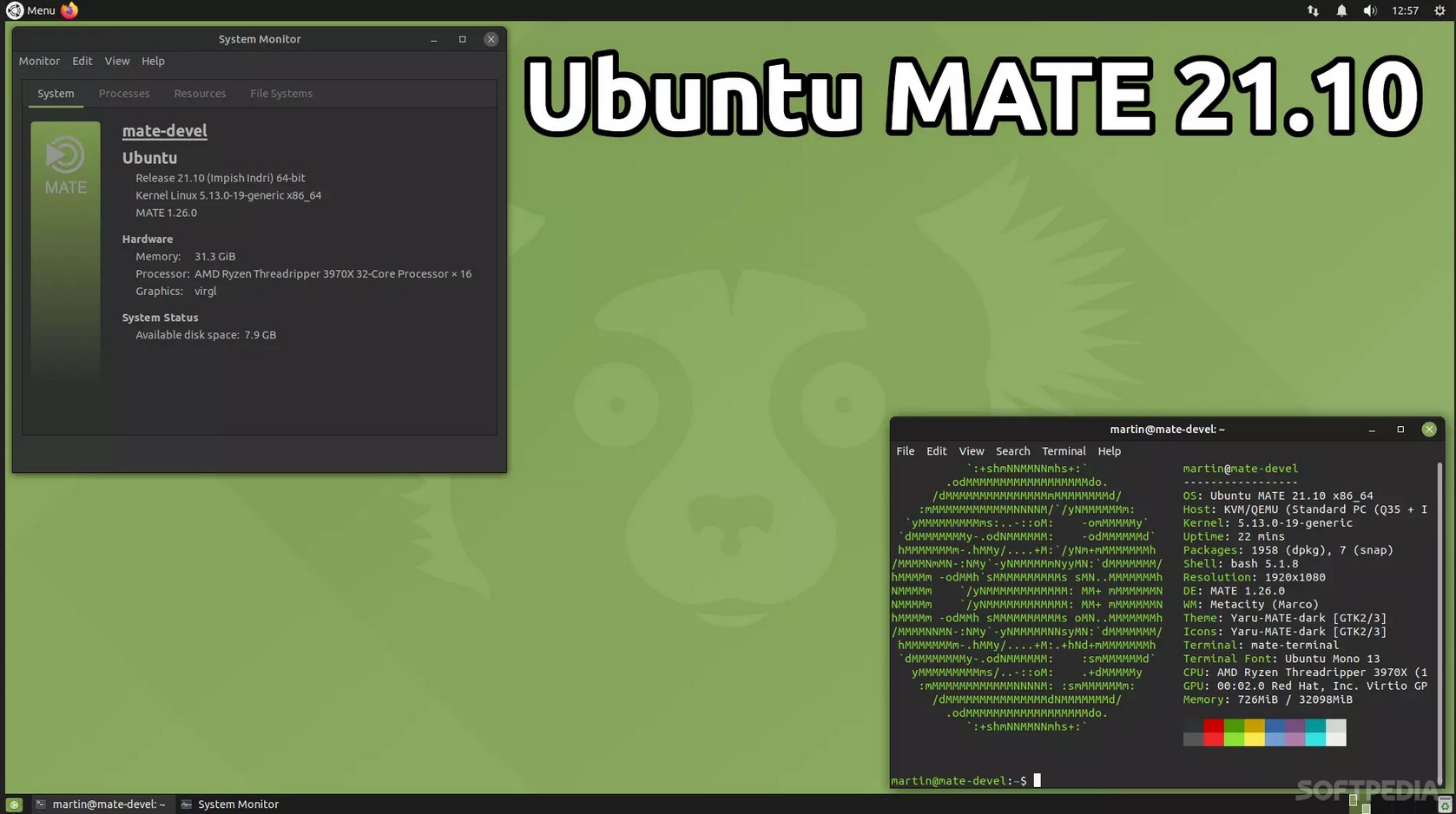 The last interim release of Ubuntu MATE (until the 22.04 LTS) brings forth tons of changes including the introduction of Mate Desktop 1.26.0

Ubuntu MATE 21.10 brings a series of important upgrades, improvements, and changes over 20.04 and 21.04. The biggest and most important change is, of course, the introduction of the MATE Desktop 1.26.0.

It may not seem like a big deal, but this version of MATE Desktop was in the works for 18 months straight.

This version of MATE Desktop is all about performance optimization, memory leak prevention, and various other little, but important fixes.

This 1.26.0 version of MATE Desktop improves the Control Center by a long margin. For example, it now benefits from an improved Window Preferences dialog, a more discrete display scaling, a new power management option that enables keyboard dimming, and hyperlinks are now supported by notifications.

Other improvements include a new bookmark sidebar for Caja, some new Caja actions, improved precision and additional functions for the Calculator app, a new minimap instant overview for Pluma, faster scrolling through large docs for Atril, and improved support for formats for Engrampa.

Marco, the default windows manager has not been left out and it now currently restores minimized windows and comes with HiDPI support for window preview thumbnails.

The default configuration has been tweaked in this version as well. For example, the Image Extrapolation and Interpolation is disabled by default in Eye of MATE, and the ALT-TAB pop-up is now expanded to fit long window titles.

The use of Mutiny layout is not faster, and RedShift returns (after being removed in the last interim release, 21.04).

Ubuntu MATE is an important version, even though most users will probably stick to the LTS version. It provides a quick preview of what’s to come in the next LTS release by bringing in a series of changes to the MATE Desktop environment.